Old Naples is not only a charming community offering everything from deluxe shopping to gorgeous white sand beaches, it is also a luxurious neighborhood boasting a wealth of local history. Here are 10 intriguing Historical Facts About Old Naples, a gorgeous seafront neighborhood.

1. Home to 80% of Florida’s natural preserves

When you think of Old Naples, the area’s glitzy shopping district or its eclectic architecture might first come to mind. However, Old Naples and the greater Naples area is situated near 80% of Florida’s natural preserves. Big Cypress National Preserve was the nation’s first national preserve to be designated by the National Park Service. This expanse of green space stretches across the southern tip of Florida from Naples on the west to Miami on the east. Much of the Naples area retains its close relationship with nature. Naples’ Port Royal community was created when canals were dredged to carve out fingerlings that would provide waterfront access for the town’s most exclusive properties. Today, neighborhoods in and around Old Naples are some of the most expensive places to live in the country, desired for their surplus of sunshine and exquisite amenities.

2. Old Naples was once only accessible by boat

The construction of Naples Pier was pivotal to the development of this one-of-a-kind community. When the pier was erected in 1888, Naples was accessible only by boat, which meant that incoming and outgoing boats were vital to Naples’ sustainability. Naples Pier remained the only entry point for travelers until 1929, when Highway 41 was completed. To glimpse Naples’ history firsthand, plan a visit to the Historic Palm Cottage. There are guided tours of this preserved home, which has been lovingly cared for so that guests can experience what life was like in Collier County years ago. If you’re still hungry for more, you can expand your explorations by taking a one-mile walking tour of Old Naples’ historic downtown.

Naples has over 100 art galleries, which makes it a premier location for artists and art lovers alike, and there’s a large concentration of art purveyors in Old Naples. Gallery One is one of Naples’ oldest art galleries and has been a cornerstone in the art scene since opening its doors in 1992. You’ll want to swing by “Gallery Row” to browse the stunning collections of paintings and sculptures housed at DeBruyne Fine Art, Marianne Friedland Gallery, and Gardner Colby Gallery. In 1998, Naples Art opened the von Liebig Art Center, a 16,000-square-foot exhibition center that annually hosts a variety of programs ranging from live music to art classes. Additionally, there are a plethora of outstanding art festivals held throughout the year, including The Naples National Art Show, which is in its 42nd year. Outside of Old Naples, there is plenty more to explore. Other hubs for art in Naples include Artis-Naples, which offers hands-on workshops and serves more than 45,000 students annually, and The Baker Museum, with a permanent collection of over 300 paintings from early 20th-century artists.

4. Golf capital of the world 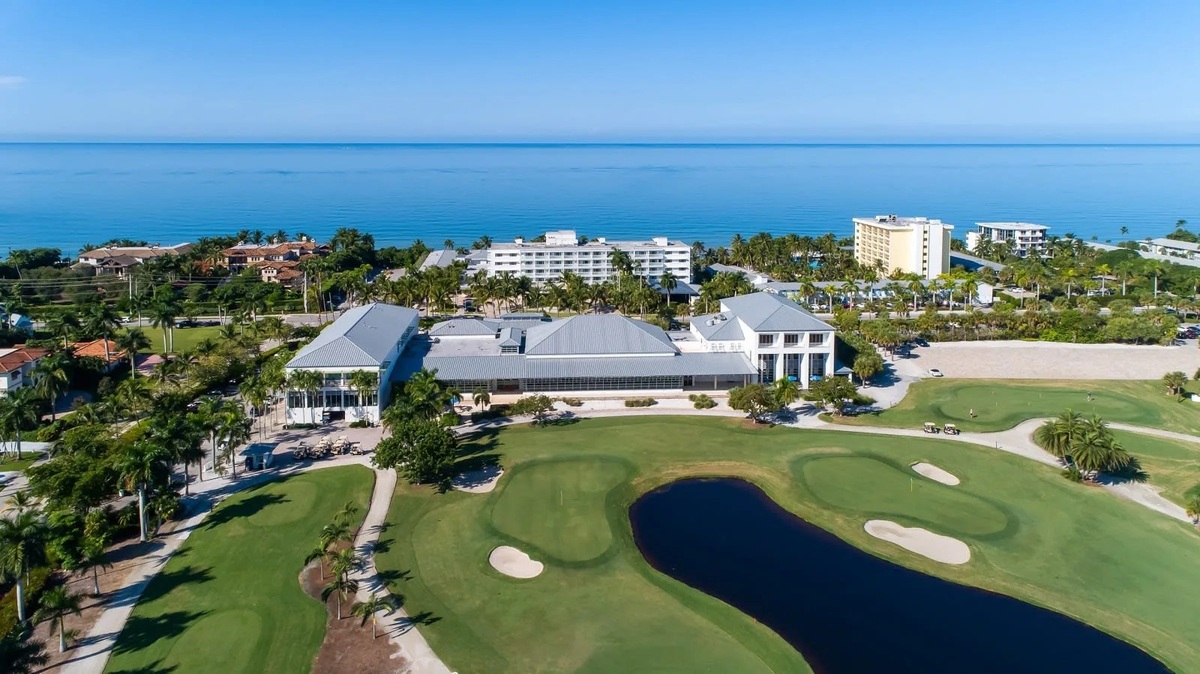 When it comes to golf, there is no better place than Naples. Compared to any other city in the United States, Naples has the most golf holes per capita, making it a dream for avid players. With a multitude of both public and private golf courses to choose from, players can pick a course that best suits their style. Hole-in-the-Wall Golf Club offers a truly private experience, which has operated as a membership-only and invitation-only private course since opening 1957. Nearby Royal Poinciana Golf Club boasts two challenging 18-hole courses, The Cypress Course and The Pines Course, and the membership-only club provides a world class experience for its members.

Swamp buggies are unique vehicles that originated here in Naples. In 1918, Naples resident Ed Frank crafted a buggy out of two components: a Model T Ford and an orange crate. What he created sparked generations of adventure and fun. His machine was specifically designed to easily navigate the difficult terrain of the everglades. Its lightweight design allowed for maneuverability through southern Florida’s landscape. Today, swamp buggy races are held at the Florida Sports Park, constructed not from Model T Fords but from other vehicles, such as Jeeps and tractors. These races take place periodically throughout the year for the ultimate in family entertainment.

6. Tradition of giving back 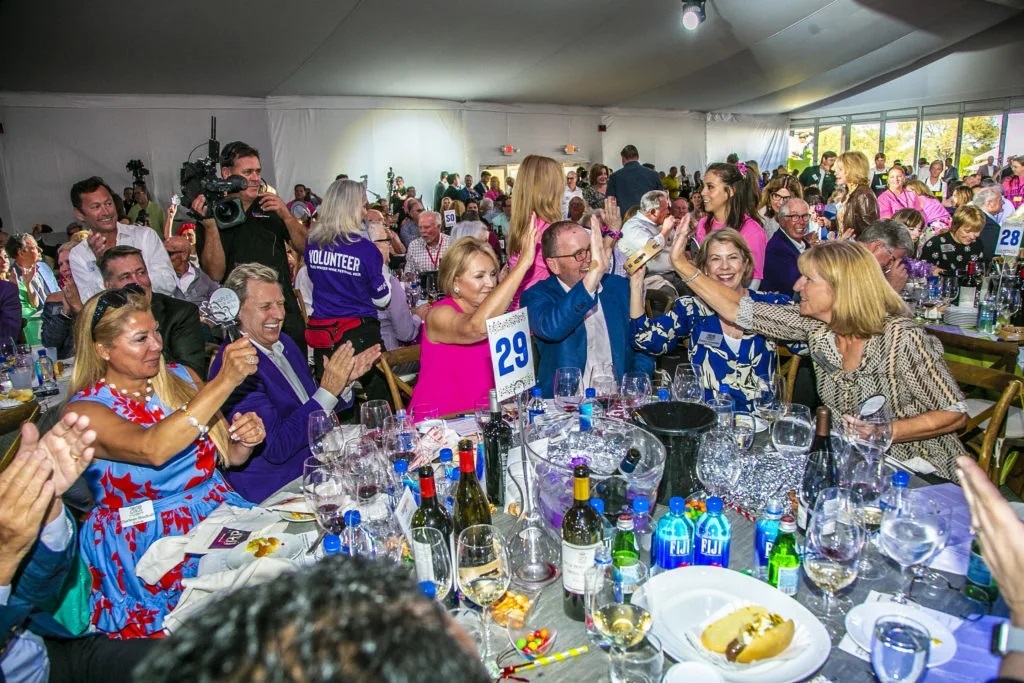 This community is one of the nation’s wealthiest areas, and Naples citizens frequently give back to the community. The annual Naples Winter Wine Festival has raised over $107 million dollars for children’s charities since it started in 2001. It has been named the most successful wine festival in the US by Wine Spectator. Each year, some of the world’s most prestigious vintners, sommeliers, and chefs convene to offer guests an elite and exclusive experience. Tickets to the three-day event are around $8,500 per couple, and proceeds, which have helped over 275,000 children, are used to advocate for early learning, education, and health care initiatives through the Naples Children & Education Foundation. Since its earliest days, NCEF has raised over $212 million for children.

7. Pivotal to the national plumeria collection 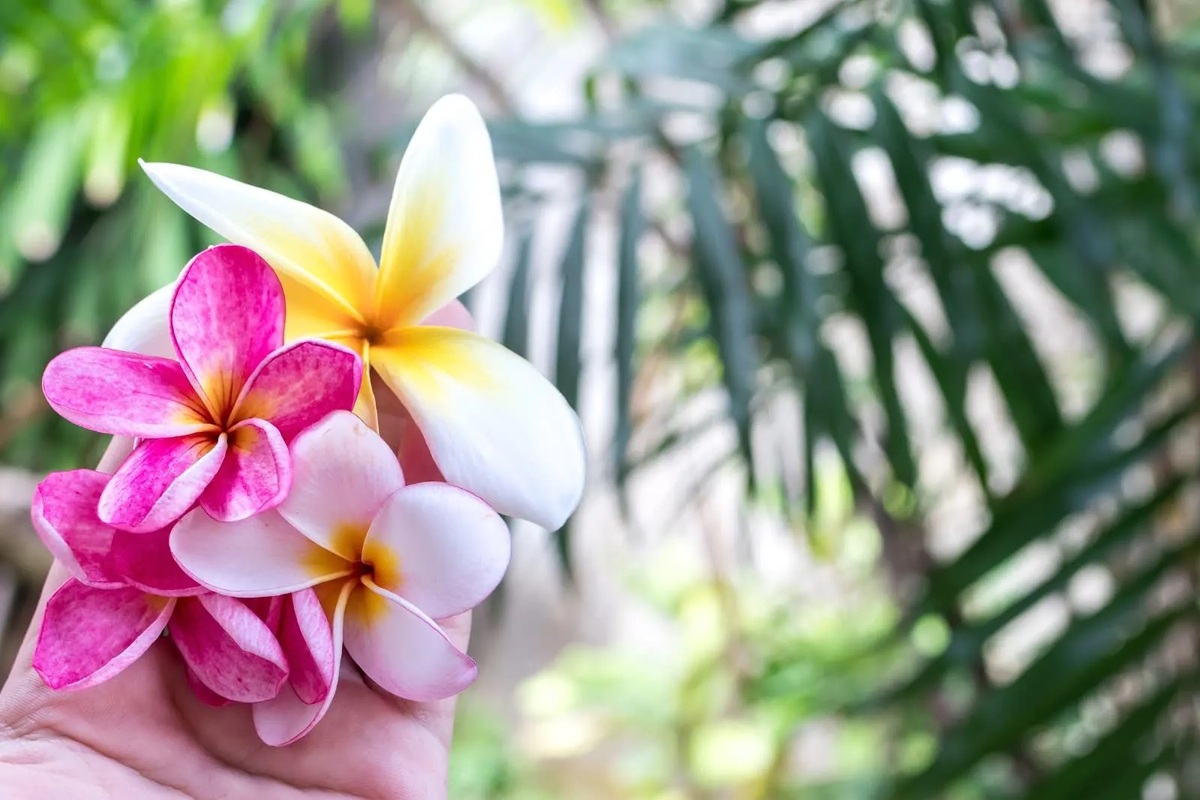 The Travel Channel named Naples as America’s best beach, and many others have taken notice of the area’s pristine sands and crystalline waves. Naples has been voted the #1 beach town to live in for two years in a row by WalletHub, and it is considered to be the Healthiest, Happiest, Most Relaxed City in the United States. A walk down Naples Beach in Old Naples reminds guests why the white sands here have historically ranked among the country’s best beaches.

Compared to other Florida cities, Naples routinely rates among the most suitable for retirees. Celebrated for its abundance of resources, Naples has been ranked as the Cleanest City in the Country, is considered the Best Place in America to Live Your Longest Life, and is touted by U.S. News & World Report as among the Top 5 Places to Retire and Top 15 Places to Live. Old Naples in particular boasts a plethora of amenities suitable for retirees, including spacious single-story estates, gourmet dining options, and a multitude of ways to stay active.

10. A Tradition of Luxury 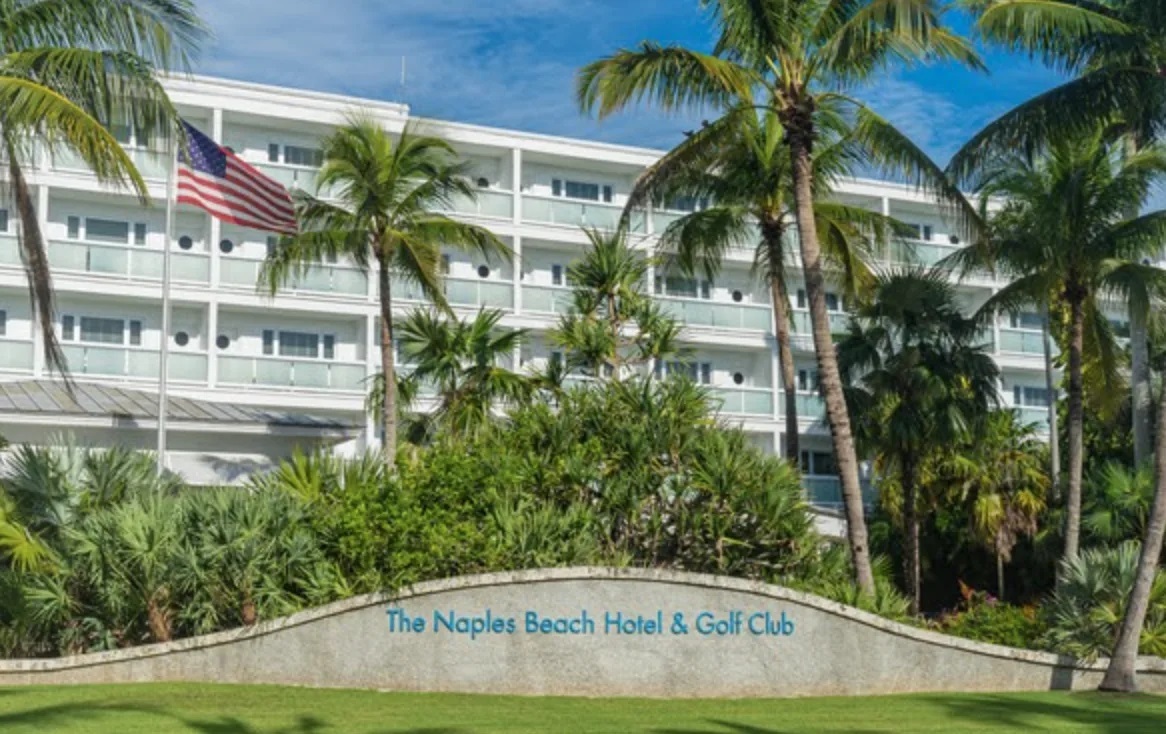 Staying in Old Naples is often an extravagant affair. Many of the hotels near Old Naples tout accolades for their 5-star accommodations, including The Ritz-Carlton Golf Resort and the Naples Bay Resort & Marina, but one hotel in particular has played a major role in Old Naples’ history. The first hotel in the city was a 16-room hotel dubbed the Naples Hotel. This building was constructed in 1889, and President Cleveland’s sister Rose was the first guest. Afterward, the hotel gained popularity, and frequently, the hotel’s guests were Midwesterners flying south for the winter. These snowbirds typically arrived in December and returned home in the spring. In 1929, the hotel expanded with the creation of the Naples area’s first 18-hole golf course and the purchase of beachfront property adjacent to the hotel. The establishment has been through several remodels since its earliest days, and it’s now known as The Naples Beach Hotel & Golf Club. Unfortunately, 2021 is The Naples Beach Hotel & Golf Club’s last season, and we are deeply saddened to say goodbye to such a memorable hotel.

If you are outside of Southwest Florida and wish Matt’s twin was local in your market, please continue to reach out to Matt Brown Real Estate. Matt has a vast network of other trusted professionals nationwide from his two decades in the business as well as through Christie’s International Real Estate, Leading Real Estate Companies of the World, Who’s Who in Luxury Real Estate and Luxury Portfolio International of which he is affiliated.

If you’d like to learn more about Port Royal waterfront homes or Old Naples real estate, Matt Brown has the luxury market experience you desire, the in-depth market data knowledge you appreciate, the connections to aid in smooth transactions and the relationships to help find your next luxury home, even before they hit the market. Contact Matt today for advice on the Real estates of Naples. He can be reached at 239-580-8864 or matt.brown@raveis.com.

If we haven’t connected yet, please reach out. I have built a 19+ year real estate career on integrity, honesty, knowledge and highly ethical practices, which has helped me close over $550 million in real estate sales and skillfully negotiate over 100 multiple-bid situations. I work with buyers and sellers along the Gulf Coast in Naples and Southwest Florida.

Your real estate experience deserves Matt Brown’s years of experience, market and community knowledge as well as his attention to detail and data analysis. 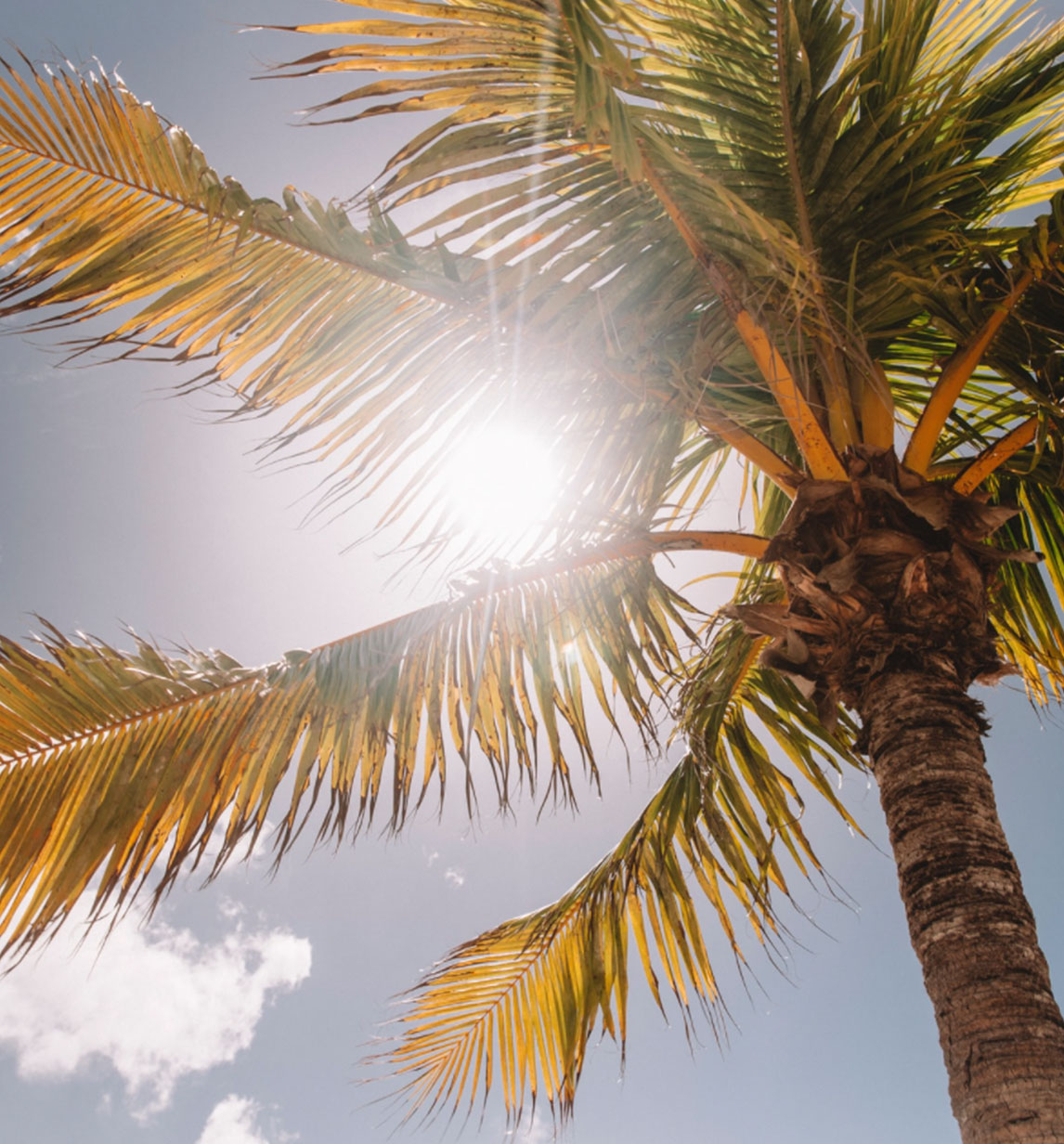 Established in 1974. $9 billion in annual sales. William Raveis Real Estate is the No. 1 family-owned real estate company in the Northeast and Florida and the No. 8 real estate company in the country, according to REAL Trends. As leaders in marketing luxury properties, locally and globally, William Raveis assures customers receive world-class marketing and technology services as well as the additional benefit of direct access to 127 offices and over 4,000 sales associates in the Northeast, where a significantly growing number of buyers are coming from.  Recognized as the Top Luxury Brokerage in the United States by Leading Real Estate Companies of the World. 130,000 sales associates • 565 premier real estate firms • Over 65 countries • 1 winner.